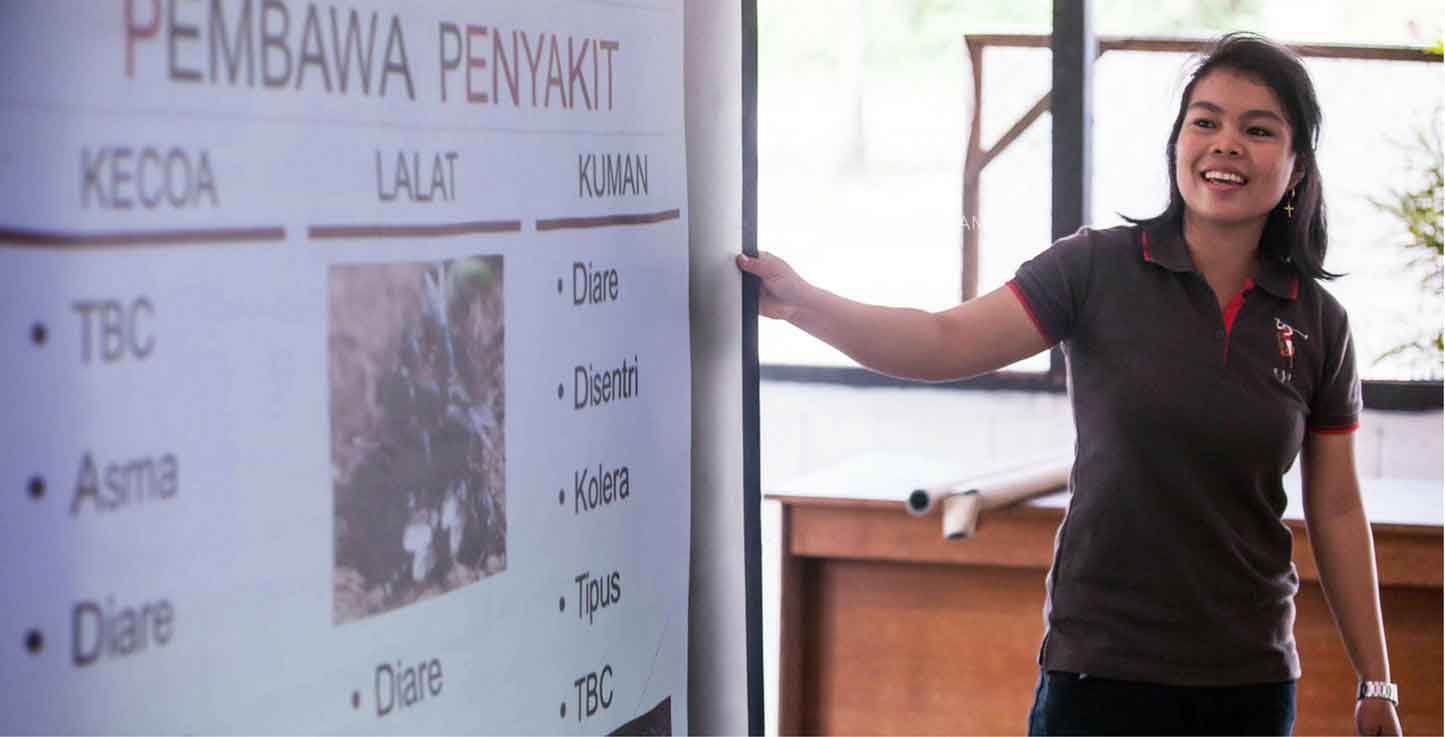 In the course of working closely with local communities in Central Kalimantan for more than fifteen years, the YUM team has become increasingly concerned about the generally poor sanitation conditions that prevail. In Indonesia, a 2015 UNICEF/WHO study found that 51 million people still practice open defecation, and that 72% of the population only have access to traditional, often poor quality, water sources. Villages in Central Kalimantan are no different.

In 2011, along with a 4-year malaria project in Central Kalimantan, a Community-Led Total Sanitation (CLTS) project helped mobilize poor communities to build their own sanitary system. This project ended with the first Open Defecation Free village in Central Kalimantan.

Another pilot project in 2015 continued this effort and was implemented in 3 villages. This program entailed educational workshops about sanitation at 16 community health posts, cleaning campaigns and the installation of 15 adequate toilet systems. The toilets were designed so as to be able to be constructed by project participants, at a reasonable cost. The toilet design included a sealed septic tank made with pre-cast concrete rings and a reed bed type filtering system.

Based on this original pilot project, YUM learned many valuable lessons and aimed to continue its work, this time by collaborating with community leaders through discussions, feedback and problem solving sessions. In 2018, once again, households most in need were identified and families were able to build 400 subsidised toilet units, with a septic tank and filtration system. Subsidized and economically sustainable water filters were also made available for families to purchase. The project included the participation of about 40 active women community leaders in the implementation of its activities. The women received interpersonal skills training in order to have the capacity to deliver the program and better serve their community. The educational component, in the form of presentations, booklets, and posters, was delivered by the community leaders along with the YUM staff in schools, and village halls where participants received information and discussed the spread of disease through poor sanitation and lack of clean water.

“I am a 60 years old widow and before this, I had a simple toilet far from home with no septic tank, just a hole in the ground that was dirty and smelly. I always wanted to have a new toilet but I was constrained by its cost. I am very happy now because I have a comfortable and clean toilet that doesn't smell and I was able to afford it. Even though it was difficult to do the construction work, I was helped by my group of participants and by YUM staff so I am finally able to have a proper toilet.”