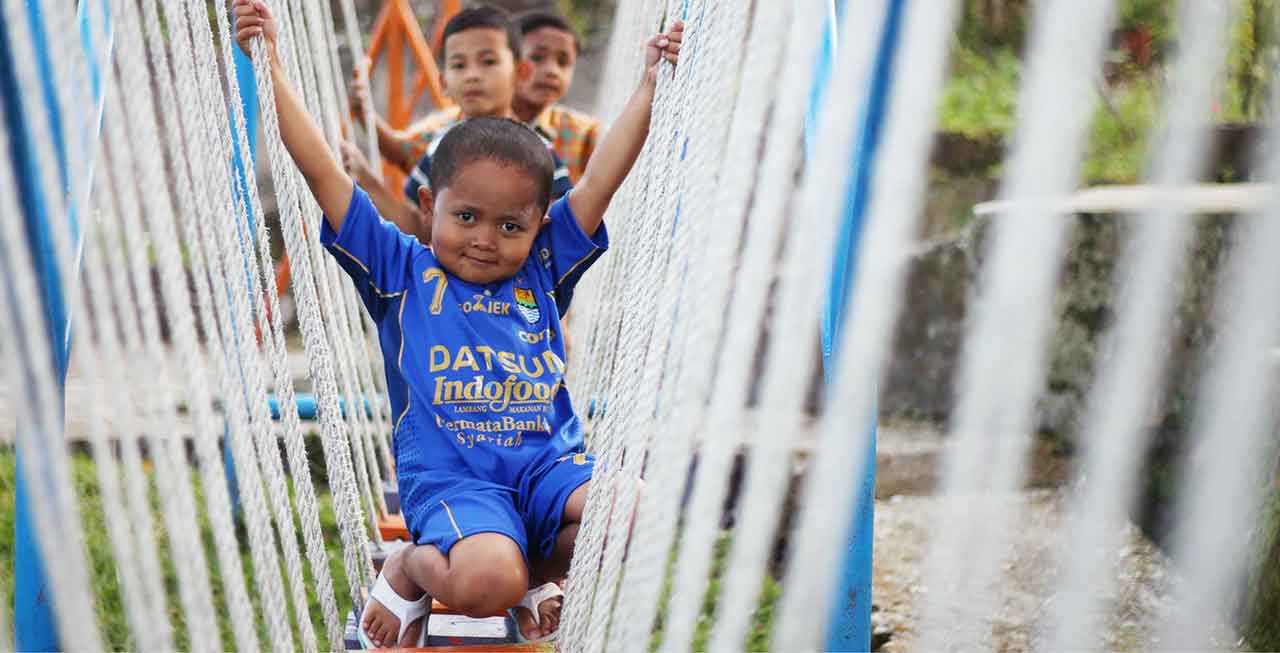 Yayasan Usaha Mulia (YUM) - Foundation for Noble Work is a non profit organisation that works to empower children, families and communities in Indonesia to lift themselves out of poverty. Poverty is multi-dimensional and not solely about a lack of money; it encompasses a range of issues that hinder people's abilities to meet their basic needs and better their life with dignity. Indonesia has seen widespread development, but with the fourth largest population in the world, there are still many areas where there is a severe lack of proper health, education and community services. Millions of families continue to live below the poverty line, surviving on less than two dollars a day. YUM has worked for more than four decades in this vast archipelago to support communities, to give them hope and a way out of the cycle of poverty.

Our years of experience working in Indonesia has led to a deep understanding of the needs of these communities and helped us build strong relationships with the people we serve as well as our partners and institutions.

YUM is a registered charity in the Republic of Indonesia. To view our Certificate of Registration click here.

To ensure accountability and transparency, YUM is annually audited by an external auditing organisation. To view our most recent audit click here.

YUM is also an associate member of Susila Dharma International Association, which has consultative status with the UN Economic and Social Council (ECOSOC) and the UN Children's Fund (UNICEF). In answer to the Clinton Global Initiative’s Commitment to Action, in September 2011, Yayasan Usaha Mulia committed to building a Vocational Training Center in Central Kalimantan.

Each of theese three social workers was a member of Subud and it was with the support of this organization that Yayasan Usaha Mulia (YUM) was born in 1975.

Bapak Muhammad Subuh officially established YUM as a legal foundation in 1976 with the goal of providing medical care, social and educational instruction and occupational rehabilitation to the poor and destitute in Indonesia.

YUM continued on the work of Wilbert, Sister Rina and Ibrohim through a range of health projects, but also expended into education and rehabilitation programs for orphans and destitute children. This included the development of the Children’s Village in Cipanas that has today successfully transformed into the YUM Community Center, benefitting more than 4,000 individuals every year.

As the result of the Asian economic crisis in the late 1990’s and a range of other contributing factors, YUM experienced a period of time where a number of projects stagnated and the number of people benefiting from the organization’s projects decreased significantly.

In 2005 a new Board took over management of YUM with the ambition of achieving sustainability, of improving the quality of the organization’s projects and ultimately of providing more assistance to those in need in Indonesia.